Smell Fresh Arizona, LLC. was founded out of necessity.  Back in 2014, Michael Samora was a frustrated consumer, and 12 year veteran as a real estate professional, who realized there were no dedicated service providers to odor removal in the greater-Phoenix metro-area.  Michael thought he was “cleaning” his car for the better one day, when he decided to shampoo it.  The problem was, heavy rains hit the valley for the next four days and he had to leave his windows rolled up.  This prevented the interior of the car from drying out, and created a strong mildew odor that grew worse with time.  After that, he tried shampooing again, countless bottles of Fabreze, and lots of other remedies he found online… all to no avail.

After months of living with a stinky car, he was ready to give up and sell the car.  It was that bad, until he discovered this gas called ozone, one of nature’s most powerful “detergents”.  He had to buy an expensive ozone generator, because he could not find a service provider who treated vehicles.  After just one, two hour treatment, the odor in his car was gone!  Like magic!

As fate would have it, Michael was the proud father of infant twin boys.  After the first year of having bottles of milk at bedtime, Michael noticed an odor issue caused by leaky bottles with time in the boys’ bedroom.  There was a rotting milk odor in the room.  Michael treated the bedroom with his trusty ozone generator, and voila, the smell was gone! 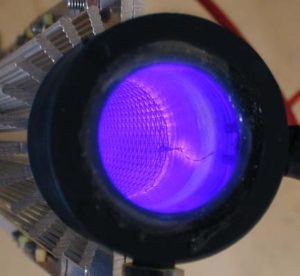 As fate would further have it, Michael has a Mechanical Engineering degree from Arizona State University.  He dissected his ozone generator and researched how ozone gas was created.  One of the methods for created ozone gas is through the corona discharge method, or as he likes to call it, plasma generation.  In his time as an Engineer, Michael used plasma generation in thin film process equipment in the semi-conductor industry to make computer chips.  So he was no stranger to plasma generators.

In recognizing the lack of service providers dedicated to odor removal, a common need for real estate agents trying to sell homes with odor issues, Smell Fresh Arizona was born.  Through trial and error, Michael Recognized that homes needed to be addressed with high concentrations of ozone gas.  One or two small machines weren’t going to cut it to tackle homes with strong odor issues.  Michael had to build his own ozone generators, more powerful than low end consumer models to tackle strong odor issues.

Smell Fresh Arizona has grown to incorporate more extensive chemicals and processes to tackle specific odor issues.  We now have specific chemistries to tackle pet odors, and specific chemistries to tackle tobacco odors and so on.  Ozone by itself isn’t always the answer.  To our knowledge, we are the only company in the valley of the sun who is dedicated to odor removal in closed spaces, with a variety of chemicals and processes available to target odor issues at a biological level. 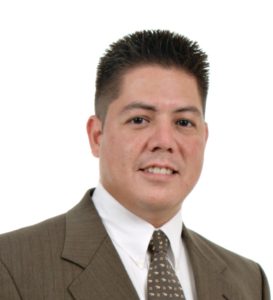 Michael Samora has been serving customers in one form or another for over 20 years.  His last Engineering position was as a Regional Service Manager for the Central and Eastern United States in the Semiconductor Industry.  After that he spent 12 years as a full time Realtor.  Providing great customer service is his mantra as is evident in our testimonials.  Our goal is to never allow for a bad customer experience.  Not one.  This means providing great customer service, and providing results.

Smell Fresh Arizona has an amazing track record of success. We’ve tackled some of the most stubborn odors out there. Many of our clients were overwhelmed and discouraged before contacting us. Needless to say, we’ve left them amazed by what our technology can do. Rather than have a FAQ’s page, you can read about some of our recent treatments on our Service History page.

We will never "sell" someone a service without full confidence that our treatment will work. Ask us lots of questions, and we will ask you lots of questions to ensure our service will be effective. We have a 100% approval rating from existing customers, and we work to keep it that way. As a guarantee, we offer a one time courtesy retreat of any property within 30 days of completion of the the original treatment if you were not completely satisfied. This courtesy retreat is only offered on full payment services, and not offered on our Quick Refresh treatment or discounted treatments. We will not attempt to address severe odor issues with a Quick Refresh treatment.